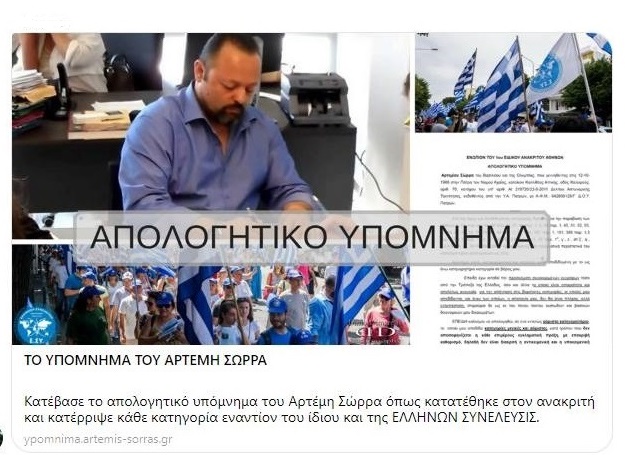 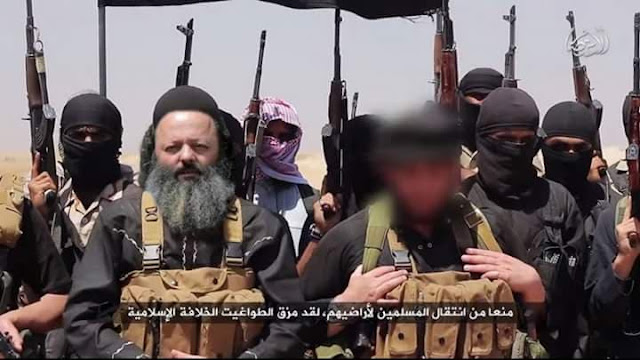 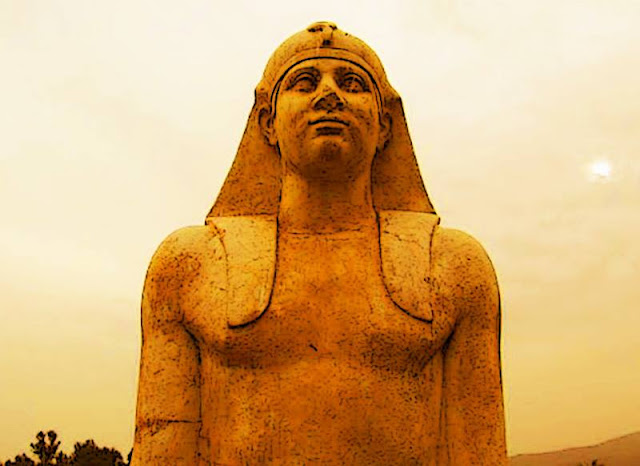 
GREEK MACEDONIA, THE HISTORY OF "HISTORY" AND THE ALZHEIMER'S SYNDROME OF OUR NEW WORLD ORDER

As a Greek, I would like to pose a simple question to the international community.
What is a human being, a nation, or even our planet without its historical and empirical memory?

The answer may very well be the same as that to the question of what is a computer without its memory: Nothing.In the case of humans, without cultural or historical memory we are also nothing more than infertile, empty shells, completely incapable of producing something substantial, or of contributing anything beyond toxic defecation following our unchecked consumer frenzy with which to fill our emptiness.

The cornerstone of any civilization, as well as that of every individual, is their accumulated linguistic, empirical and cultural memory. Delete those three components and there is no substance for a country to function as a unified nation, or for an individual to act as a human being. Meanwhile, the intellectual quality of a people is dependent on the historical truths to which they can refer not only for the sake of their identity, but also to avoid any repeated mistakes they may have made in the past.

What should be noted here is that the very word «history,» which is of Greek origin, literally means «knowledge», since the Greek noun «histor» refers to one who has borne witness to an event and has knowledge of it. The word history is also related to verb «histimi», which means to stand erect. What is of special interest, though, is that all these are derivatives of the root «histos», used to broadly mean any supporting tissue or material that provides substance and support. In Greek it is used to mean «connecting tissue», «flag pole» and even the web that a spider spins. Within the English language, we have scores of its derivatives borrowed from Greek, such as «histology», «histamine», «histopathology» and others which relate to animal and plant tissue, tissue compounds and the study of diseased tissue, respectively.

Keeping in mind the «connective tissue» root of the word «history» and the wisdom behind it, we are led to understand that the histories of all nations comprise the connective tissue of our planet's cultural tapestry, pretty much the same way our skin tissue, taut over our face, provides each of us with our own unique features.

If we put things together, therefore, each person, each community and each nation owes it to humanity to cultivate the truths that comprise their individual history with respect towards that of the others.

However, when wishful thinking displaces the truth and allies with corrupt politicians serving dubious geopolitical interests, historical tissues are torn apart, causing a chain reaction of events which will eventually result in the deformation and decomposition of the organism known as human civilization. And if the decomposition of an organism produces stench, nothing else reeks of so much blight as the global recognition of a people illicitly claiming the historical prestige and territory of their neighbors.

And here, I am referring to the Southern Slavs who appeared in the northern region of Greek Macedonia in the7th century AD and are now claiming to be the heirs to the Before Common Era identity, history and language of the Hellenistic kingdom of Macedonia, the birthplace of the Greek king and conqueror known as Alexander the Great.

As absurd as this may seem to one acquainted with an elementary historical knowledge of the region, what is highly unsettling for the future of Western civilization is that despite the petition signed by 367, mostly non-Greek academics worldwide, in order to protect and preserve Macedonian history from the irredentist claims of the Slavic State of Scopje, prospectors and corrupt politicians of sorts, backed by international organizations such as NATO, have severed the historical connecting tissues of our region, thus setting a precedent for potential rogue states to follow at the expense of global peace.

My dear, Western brethren, we are what is left of the Greeks who established all the foundations of Western civilization, from Democracy and literature to all the arts and sciences, without which your world would revert to the Bronze Age in all sectors, and without whose concepts and vocabulary you would be rendered incapable of even uttering the words «school» or «telephone.»

We are what is left of the Greeks who, since antiquity, have always lived in a state of material poverty, as our human and material resources have always been spent defending the borders and culture of Europe and the West against the backward Asian hordes of Eastern Mysticism, whether it was against the tyranny of the Persians at Thermopylae and Marathon, or the expansionist backwardness of the Mongol Turk that we held at bay until the rest of Europe was strong enough to resist; and are today bearing the brunt of yet another invasion, that of Islam in the guise of refugees...

We are the ones whose Byzantine scholars fleeing the fall of Constantinople to these Mongol hordes, established communities in Italy which wrested the West from the Dark Ages and lit the torch of the Greek-inspired Renaissance so that you can now take inventory of its beauty in your lush Museums and your Greek-life Universities.

And today, we are the ones who will once more rise to the occasion against this insidious New World Order that wants to destroy European history and its indigenous peoples by creating all kinds of friction and unrest between us. And by this, I appeal to our northern neighbors not to allow themselves to fall into the trap, asking them to embrace their own unique Balkan identity, for anything less will mean just another time-bomb in our region.

Bedraggled, we survived over 300 years of oppression, while you enjoyed the fruits of our labors, and are now in a position to sneer at us as your lazy Southern cousins who cannot pay back what we have borrowed... Granted, the mismanagement of our country by corrupt politicians over the past 40 years has thrown us into the greedy arms of international loan sharks. However, if you, my western brethren, have any sense of self-respect, please answer the question of how you can pay us back for all that we have bequeathed to you?

And if you have been led to believe that we are far cries from our classical forefathers, I urge you to read the great American writer's novel, Henry Miller's The Colossus of Maroussi to realize that the Greek spirit that left its imprint throughout the West is more accessible in the front porch of a poor Greek's home than behind the grand facades and the contents of any library or any Greek-pillared European Museum. Over ninety percent of the diction found in Homer's Iliad and Odyssey is still uttered in our everyday speech, and our living language still sheds light on the deeper meaning of things such as the word history that I analyzed for you earlier.

Every Macedonian stone unearthed by the archaeological hoe bears the unmistakable inscriptions of this, our distinct Greek language, putting PAID to any invalid Slavic claims to Macedonian as their language and culture.

Yet, as ingrates, today, the Western world is passively siting back, observing the decimation of its motherland, the cradle of its civilization, killing its own memory.

My Western brethren, I urge you to rise with us against the World-bank-based globalists who are killing our common European memory, setting a precedent which may eventually turn our planet's intelligent life forms into a quagmire of consumer-minded, smart-phone-controlled idiots with no true ethnic hearths, or national identities beyond Hollywood-inspired scenarios.

It is really heart-wrenching to try to answer the question that a Greek Macedonian boy asked his father the other day on finding out that politicians have allowed the Slavs to call themselves Macedonians and heirs to Alexander the Great:

Dad, if those Slavophones are Macedonians, what am I?

I say shame on the international community which is allowing Historical Memory, the cornerstone of human civilization, to be mismanaged by opportunists. If we do not take a collective stance against this absurdity, we will have truly experienced the demise of the civilized world, because the loss of memory always precedes the death of an organism suffering from Alzheimer's syndrome. 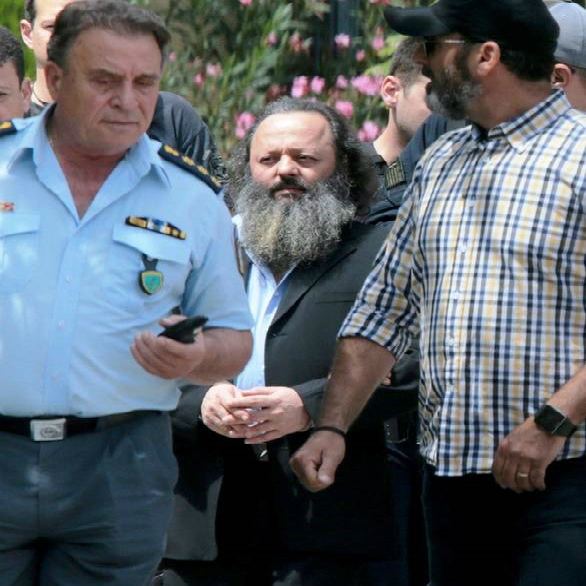 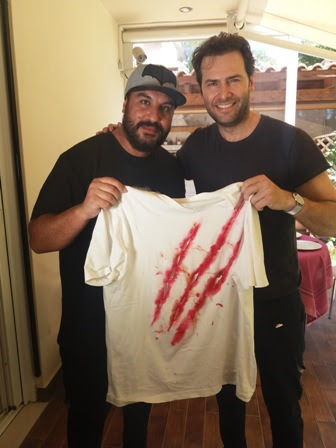 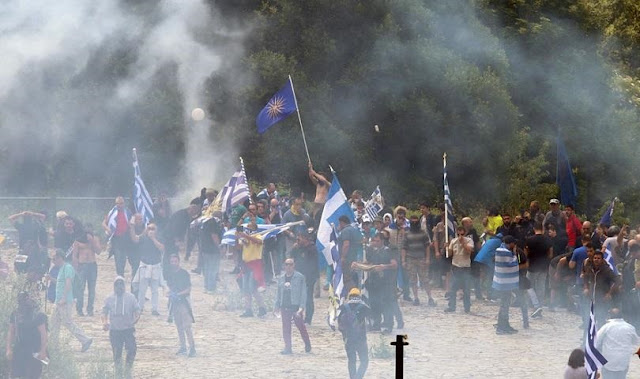 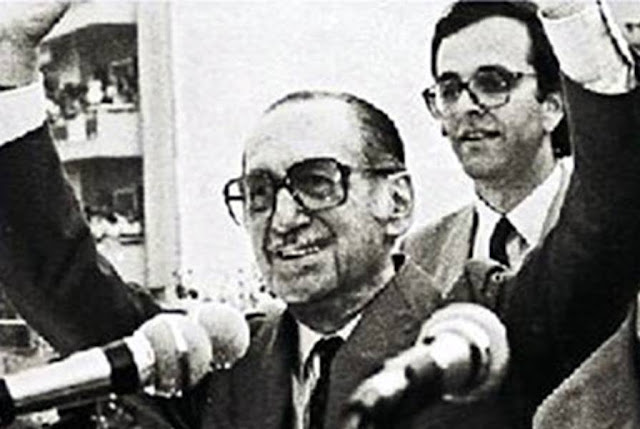